How Did The Dutch Influence America? Facts You Didn't Know 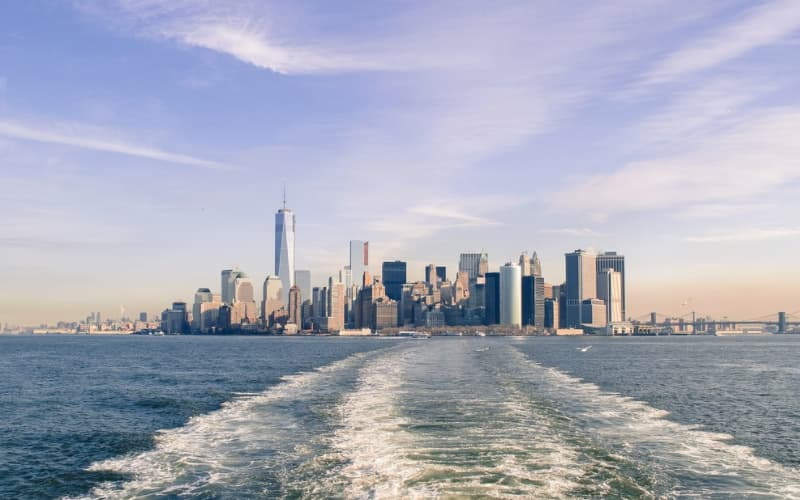 The Dutch have spread all over the world over the centuries. As a result, many cultures and countries have been influenced by the presence of the Dutch. As a Dutchman, I know that there is a long history between the Netherlands and America. This made me wonder “how did the Dutch Influence America”?

There absolutely is Dutch influence all around in America. You can see this influence in the language, the architecture, the food, politics, and many more aspects. Dutch culture still has a heavy influence on America to this day.

The Dutch have an amazing and thriving culture, and it is incredible that so much of it is shared with the United States and has been passed down through so many generations over time. We are going to go into detail regarding all of this influence and answer the questions you may have regarding it.

What Dutch Influences do You See in America?

Dutch influence on the American language:

The modern-day English that is spoken not only in the United States but around the whole world happens to be heavily influenced by the Dutch language, as a matter of fact.

Since the first place in America that the Dutch settled was what we now know as New York City, many of the regions of New York City have Dutch-inspired names.

While America is home to a melting pot of languages and dialects, the 2013 US census determined that approximately 75% of Americans have no second language.

With English being the first and only language of roughly three-quarters of the population of the United States, it is important to understand the development of the language and its influences.

The English language, as it is spoken today, contains a substantial inventory of words implemented from various other languages. The Dutch language specifically has influenced many English words that Americans, primary speakers, and bilingual locals alike, used in their everyday life.

More surprisingly, the United States can thank the Dutch for the names of some important American cities. One example is the city of Brooklyn, one of the five boroughs in the city of New York. Brooklyn gets its name from the Dutch town of Breukelen. The Bronx, another borough in New York City, was named after a New Netherland settler and farmer, Jonas Bronck.

Additionally, words like booze, boss, spooky, wagon, rucksack, dike, Santa Claus can all be traced back to Dutch roots.

As a whole, words that are either specifically Dutch but used as English, or with an easily traceable Dutch origin, account for 1% of the modern English language.

The term “Yankee” can also be attributed to the Dutch people. The word which originated from seventeenth-century New York, then called New Amsterdam, was used by Dutch colonizers as an offensive term for English colonists in the bordering colony of Connecticut.

All this is probably the reason why the Dutch speak English so well.

Brooklyn is named after the Dutch town of Breukelen:

While the architecture throughout the States has influence from all over, there are certain regions that have more Dutch-inspired buildings and structures than others.

When you think of Dutch architecture, you may think of windmills and a specific kind of roof that is often seen around the Netherlands. For example, the primarily Dutch towns in states like Iowa and Michigan have fully functioning windmills in the hearts of their towns!

There are two styles of roofs that are predominantly related to the Netherlands. The styles are called gambrel roofs and curved eaves.

Gambrel roofs are also sometimes referred to as mansard roofs in the United States. Gambrel roofs are characterized as having sloped sides with windows embedded and steeper angles than the upper portion.

You are likely to come across buildings with this style of roofing around the Hudson River Valley in New York, as this is the area where the initial Dutch settlers landed in.

Freedom of religion, or the separation of church and state, is deemed as an indisputable right in America. The goal of creating separate entities was a result of those who set sights on the New World whose primary goal was to escape discrimination and persecution based on religion.

The idea of religious freedom is so embedded into the culture of the United States, it is considered a truly American entity. This makes it easy to forget the impact that Dutch culture had on building the foundation for freedom of religion.

The New Netherland colony developed into a sanctuary for anyone hoping to have the freedom to exercise their religious beliefs. These individuals traveled from New England regions such as Boston and Rhode Island to New Netherland, to escape the limitations of religious persecution.

This resulted in New Netherlands being one of the first colonies to possess a genuinely broad-based, intermingled civilization in the New World.

The establishment of this cosmopolitan society, free of puritanical views laid out the foundation for what can only be described as one of the primary principles of America we know.

This is possibly the most enduring contribution to the United States from the Dutch because its basic premise is tolerance.

It could be argued that this initial act of acceptance paved the way for Americans to become the diverse melting pot of individuals and cultures that exists today.

What Food did the Dutch Bring to America?

Food is a major component of any culture, as well as to many Dutch people. Many staples in the kitchens of Americans all across the nation are owed to the Dutch.

One important dessert, in particular, is cookies. The name comes from the Dutch word “koekje” which in the Netherlands is eaten aside from a cup of coffee or tea. Some say that the Dutch originally produced cookies to test the temperature of their ovens. These sweet treats made it to America by way of bakeries in New Amsterdam.

In 1989 Peter G. Rose, an author, and food historian translated The Sensible Cook, a seventeenth-century Dutch cookbook. In this recipe book, Rose discovered that quite a few of the foundations of an American diet, and things US natives believe originated from their own people, were actually transported to the New World by the Dutch. Some examples of these are pancakes, waffles, doughnuts.

On the other side of the taste spectrum, the term “coleslaw” is a version of the Dutch term “koolsalade” which translates to “cabbage salad” made American in character.

Would you like to know more about Dutch food? Then please read our Dutch food guide.

Dutch "pannekoeken", which are the inspiration for the American pancakes:

What did the Dutch Contribute to America?

Besides the significant impact the Dutch have had on American cuisine and history, the Netherlands plays a crucial role in modern America.

Although the Netherlands is similar in size to some of the smallest states in America, the country is one of the largest foreign investors in the United States. Many notable Dutch brands operate in America, like Shell, KPMG, ING, TomTom, and Phillips.

Ties between the Netherlands and the United States are responsible for hundreds of thousands of American jobs. While the Netherlands supports employment across America in states like Texas, California, and Pennsylvania, New York, and Massachusetts maintain the largest number of Dutch-created jobs.

Other contributions that the Netherlands has provided to America over the years include multiple ones in the scientific realm. Many technological advances can be handed to Dutch scientists. Let’s take a look at some of the most important scientific contributions the Dutch have given America.

The Dutchman scientists that go by the names of Hans and Sacharias Jansen invented the microscope in the late 1500s. The original version of it is still used in certain labs today to study nutrition. It is incredible that something invented so long ago is still making an impact on our world today.

Media products involve several different things, from CDs, DVDs, and cassettes. These inventions come from the Netherlands by the brand Philips. It is without a doubt spectacular that objects that have made their way into a majority of households around the world come from the country of the Netherlands!

Another form of media that we can thank the Dutch for is the system of Bluetooth. Nowadays, almost every form of smartphone and other technology is Bluetooth enabled and makes life easier and more cohesive for billions of people around the world.

One of, if not the most, incredible inventions of the 21st century is Wi-Fi. The world we know it is the way it is today because of this scientific innovation that has completely changed the entire game. You can thank Victor Hayes and Cees Links for the Wi-Fi that most of us depend on every single day. The world would be an entirely different place without this innovation.

Not exactly a scientific contribution, but before the Dutch made their impact on the United States, carrots were typically always the colors of purple, white, and yellow. It is no secret that the Netherlands loves the color orange, as it is the color that represents their country. They began harvesting orange carrots, and the rest is history.

In the early 17th century, the telescope was invented by a Dutch scientist named Hans Lippershey. Galileo used this invention to discover and uncover many astrological phenomena only one year after this invention made its way into the world.

All of these creations have shaped our world into the place it is today whether we realize it or not. The Dutch are leading innovators and have contributed so much to the United States and will continue to do so for many years to come.

Why does New York Have a Dutch Influence?

In the 17th century, the Dutch landed in America in search of a way to Asia through the States. American culture is one of the most profoundly unique in the modern world.

Americans are vocal and take up so much space, and we often forget about the impact the rest of the world had on the country becoming what it is today.

In the formative years of the United States, Dutch colonists influenced the cultural landscape of New York City as it relates to ethnic disposition, languages, religious acceptance, celebrations, architectural styles, and many other significant cultural markers.

Although tiny, the Netherlands has left an impact on the rest of the world that is not proportional to the size of the country. More specifically, the lasting imprint of the Dutch on New York City.

While it may be hard to think of the fast-paced, extravagant New York City in relation to a country that has been described as quiet and peaceful, there is not really a way at all to think of New York without the Dutch.

In the seventeenth century, Dutch colonists settled across the globe, bringing with them names from their homeland to add familiarity to America. Many of America’s favorite New York City destinations owe their naming to Dutch settlers.

You now hopefully have a good understanding of the immense influence that the Netherlands has had on the United States. So much has made its way to America because of the Dutch, which is an incredible thing. Still, the American and the Dutch differ a lot.

You can see and experience this influence in the English language, American politics, architecture, and the food eaten throughout the country.

If you find yourself in certain regions of the United States like Brooklyn, New York, keep your eyes peeled for all of the visible Dutch influence throughout the area. You will likely notice a fair amount of it now that you are aware of its existence. The Dutch influence in America is definitely alive and well.