What Is The Most Popular Sport In The Netherlands? 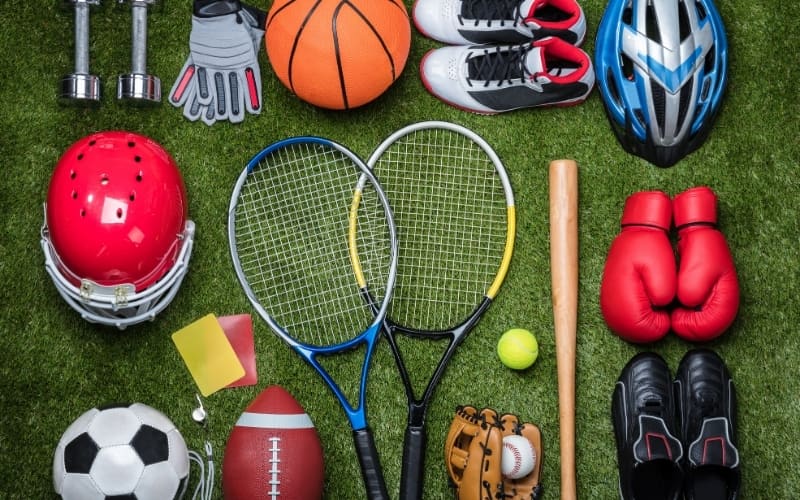 The Netherlands promotes healthy living. They believe that being active plays a significant role in staying healthy. Therefore they motivate Dutch citizens to practice some form of athletics, being either team sports or individual sports. All sorts of sports are practiced in the Netherlands, but "what is the most popular sport in the Netherlands?".

Football is by far the most popular sport in the Netherlands. The Dutch football federation counts a total of 1.193.357 members and 2980 football clubs. Apart from playing football, the Dutch also love to spectate the game. Football is, therefore, the most shown sport on Dutch television.

There is more to football than just a way to be active. It is also a way for Dutch citizens to bond and unite with each other. Either by playing a friendly match or by supporting the same professional team. You can easily say that football is part of Dutch culture.

What is The Most Popular Sport in Holland?

Football is by far the most popular sport in the Netherlands. It is practiced by large numbers of people, both at an amateur level and at a professional level. All you need to do is buy a football, call your friends and play a match. It can be played anywhere at any time. This is one of the advantages of football and why it is played by so many people worldwide.

The Dutch Football Association has the most members

Almost every town or city has its own football club

Besides playing football yourself, professional football is very popular in the Netherlands. Watching and supporting your favorite team is something the Netherlands and its fans are known for. During the World Championships, for example, all of the Netherlands turns orange. People wear orange clothes, eat orange treats, the streets get decorated with orange flags, and there are lots of places where the Dutch fans watch football together.

The great thing about having one team to root for is that it unites people together. Every goal that the Dutch national team makes results in happiness and joy amongst the whole country. But unfortunately, this togetherness is not always the case.

There are two sides to everything, also with football. It is great to see that the Netherlands supports their Dutch National team the way they do. But it's not only the national football team the Dutch people are proud of.

Each town and city has its own team, which plays at its own level. Having 34 professional teams situated in different cities and towns causes for a division within the Netherlands. Because people favor different teams this can result in shouting at each other, fighting in stadiums and on the streets. The fights often get out of hand, and police need to get involved. This isn't just a problem in the Netherlands. Hooligans cause issues worldwide.

As you see the fact that football is the most popular sport in the Netherlands can have its pros and cons. For example, it creates fraternity and solidarity, but can also lead to hatred and violence. This is because football is so deeply rooted in Dutch culture, and unfortunately not everyone can deal with this in a normal way.

A lot of football is broadcast on TV

Every weekend you can enjoy live football matches on television, both Dutch and foreign competitions. Also, matches of the Champions League and Europa League are often broadcast during the week. In short, the much attention paid to football on Dutch television once again confirms that football is the most popular sport in the Netherlands.

Of course, the national football team of the Netherlands also plays a major role in the popularity of the sport in the country. They have represented the Netherlands since 1905. Football became especially popular in the Netherlands because of two famous Dutchmen. Their names are Johan Cruyff and Rinus Michels. Johan Cruyff is known as being one of the best football players in history.

He helped Dutch football rise from being a semi-professional sport to being a professional sport in early 1970, helping the Dutch national team to the finals in 1974. Rinus Michels was a great soccer player as well but became popular due to his managing skills.

He is now known for being the best manager in Dutch football history, changing the game's way. Suppose you ask Dutch citizens if they know the names Johan Cruyff and Rinus Michels, they will most likely say yes. Their minds will go back in time and remember the two football legends.

The evolution and successes that both men have achieved in football have certainly contributed to the popularity of football in the Netherlands.

Top 10 Most Popular Sports in The Netherlands

The Dutch people are true sports fanatics. As written above, football plays a significant role in The Netherlands and its culture, but it isn't just football that keeps Dutch people active, happy, and healthy. Here is a list of the top 10 most popular sports in the Netherlands, based on popularity.

Fitness has become more and more popular over the years. It is believed that this has to do with social media. Showing off your "fit" body through pictures has become a real hype within the younger generation. Around 3 million Dutch citizens practice fitness, and they do that on average 8.3 times a month. Being able to lift, squat, and push more weights each time makes it fun. Losing fat and gaining muscles is another reason why lots of Dutch people make time to go to fitness.

10.7% of Dutch citizens above age four enjoy going for a jog. Jogging is accessible for a lot of people. All you need is a pair of running shoes, and you're off. Most joggers in the Netherlands go for individual jogs or combine their jog with a friend.

Over the years, there have been more amateur jogging teams, where people meet up in a park, for example, and make it more of a social thing. Depending on where you are in the Netherlands you can enjoy going for a run either in the dunes, on a beach, through the forest, or on the street.

There are plenty of 25m and 50m indoor and outdoor pools around the Netherlands. At a young age, Dutch citizens are motivated to learn how to swim. In the Netherlands, it is expected that kids start with swimming lessons from the age of six.

About 1.6 million Dutch citizens make time in their daily routine to drive or cycle to their nearest pool so they can swim some laps. When it comes to professional swimming, the Netherlands has some great athletes and is well represented at the Olympics, winning multiple medals every four years.

The most popular ball sport after football in the Netherlands is tennis. 5.1% of Dutch citizens above age four play tennis. This is most often practiced with a tennis teacher after school or after work. There are also lots of competitions being held every weekend that fanatic tennis players can join. The competitions are either played individually or as a duo. The duo consists either of a mixed team (male and female) or non-mixed.

Halfway down the list sits: walking. Most people don't necessarily view walking as a "sport", but it is a great and easy way to stay active. The Netherlands is great for people that love going for nature walks. There are plenty of trails that you can follow through forests, through the countryside, through dunes, on beaches, etc.

Yoga is viewed as being a modern sport that is quickly becoming more and more popular. In countries like India, yoga has been part of people’s daily life for over centuries. The movements in yoga are believed to be healing for the mind and body. 3.1% of Dutch citizens above age four practice yoga. Yoga is by far practiced more by women (5.4%) than by men (0.6%).

What the heck is general cycling? Great question. The Netherlands is well known for its love for cycling. Going to and from work with a bike is very typical in the Netherlands. 99% of Dutch people own at least one city bike. 2.8% of Dutch citizens above age four use their city bikes to stay active and fit. Some cities are talking about making cycle cities. This means that the city is only accessible by bike and not by car.

Hockey is well known in the Netherlands. The national team has had some great success at the Olympics in the last few Olympic years. This has made the sport more popular. 2% of Dutch citizens enjoy this team sport. It is a sport mainly played around cities and is practiced a lot by students in the Netherlands.

Right after hockey comes horse riding. 1.8% of dutch Citizens above age four ride horses in the Netherlands. This is mostly practiced at stables. Like yoga, horseback riding is most popular among women (3.3% of women versus 0.3% of men).